“In a blue fairy-tale forest, a grumpy granny loses a bottle of wine. This event will give rise to a crescendo of linked events: consequently establishing a dialogue, a funny repartee between frames and characters, which will lead to an unexpected development” 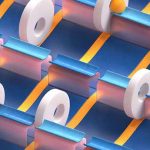 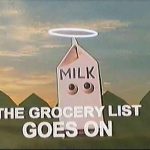