How to Convert Audio to Markers in After Effects

NT Productions shows how to create a script that automatically converts audio to markers.

NT Production’s Nathan Lovell is killing it with his Extendscript tutorials. There is a ton of tutorials that cover scripting for After Effects, Premiere, and others. The latest tutorial in the series shows how to create a script that can convert audio to markers in Ae.

The script can automatically generate markers when the audio levels reach a specific threshold. “These can then be used to observe patterns, perform later tasks, and whatever else you can come up with,” Nathan says about the tutorial. 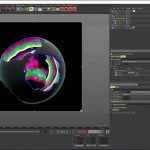 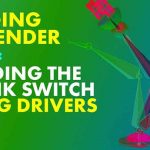 How to Make a Script that Lets Ae Interface With FFMPEG

Have Your After Effects Scripts Interact With External JSON Files

Accessing Multiple RenderQueue Items in After Effects With ExtendScript

An Introduction to Scripting in After Effects Using ExtendScript