How to Create a Center-Edge Fresnel Effect in Nuke

Chetal Gazdar shows how to create a fresnel effect in Nuke using things like Normal and Point Position Pass.

The center-edge look is a significant effect that allows you to control the strength of reflections that objects have in certain places. The fresnel effect simulates how real-life objects will reflect the environment. There are a few ways that you can create the fresnel effect in a pipeline workflow. The most obvious would be to create them in the 3D with shaders. You can also create them from scratch in compositing using something like Nuke.

Check out this new tutorial from Chetal Gazdar, who shows how you can create a center-edge fresnel effect. The tutorial covers using some auxiliary render passes that you might already have. Chetal uses a Normal pass and a Point Position pass in Nuke to get more control over the falloff of a reflection. 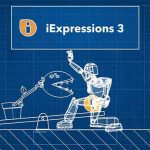 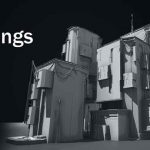 How to Build a Dehaze Tool in Nuke

How to Remove a Drone Shadow Using Nuke Projection Mapping

Techniques for Depth Projection With Nuke

How to Create a Realistic VHS Glitch With Nuke