Ben Marriott shows how you can get a paper cutout stop motion look in After Effects using Shape Layers.

You can get that stop motion look in After Effects without having to create stop motion photography. There are a few ways one can approach this. Still, motion designer Ben Marriott shows a quick and smart way to get a paper cutout stop motion effect in Adobe After Effects.

The tutorial shows how you can get an ever-changing edge, just as if the shape was a different piece of paper in every shot. In After Effects, Marriott using the wiggle paths effect. An expression makes the wiggle paths run forever, and postering time in that expression will allow you to set how many times it changes. Having it change with a low frame rate is a great way to get that stop-motion look.

Some objects in the scene will need a wiggle for the position and rotation properties. Ben shows how to set up those expressions, so all the animation fits together with one unified look. “This versatile technique can be used on any text, shape, or compositions,” Marriot says. 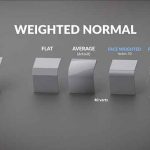 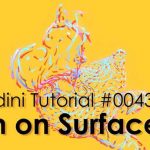