How to Use Weighted Normals in Blender for Modeling

Gleb Alexandrov looks into the Blender Weighted Normal modifier as a game-changer for hard surface work.

When creating models, you can substitute “tricks” for more detail. As an example, instead of beveling all your edges, you can choose to bevel them at render time using the object’s normals information. In Blender, there is a modifier for this that expands beyond simple render time bevels. Check out this tutorial from Gleb Alexandrov that talks about weighted normals in Blender.

The modifier allows you to create custom normals, fundamentally changing the normals of a specified mesh. You can use the modifier to make faces appear flat during shading or other effects.

Alexandrov explains how vertex normals can affect shading when rendering objects. Normals can help you get a more faithful render in Blender to your original geometry. “Weighted Normal is one of those Blender 2.8x modifiers that are game-changers for hard-surface modeling,” Alexandrov mentions.

Gleb runs Creative Shrimp, a site that shares tutorials, techniques, and deep-dives into Blender together with Aidy Burrows. Creative Shrimp has a comprehensive course covering hard surface modeling in Blender. 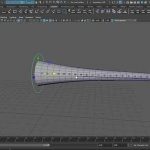 How to Create a Rolling or Coiling Rig in Maya Previous
An Easy Way to Get a Paper Cutout Stop Motion Look in... Next 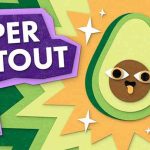 How to Add Cloth Details With Blender’s Cloth Brush

Blender for C4D Artists: How to Animate Cameras on Splines