How to Transfer Arnold Shaders Between Apps

Arvid Schneider shows how you can transfer complete shaders between apps using MaterialX or ASS.

If you use a third-party render engine such as Arnold, one of the benefits is that Arnold is pretty much the same no matter what DCC you use. That makes it easy to transfer Arnold shaders between apps. Arnold has an ASS file format (Arnold Scene Source) that you can use to export and import shaders from station to station. You can also use MaterialX, too.

Check out Arvid Schneider’s latest tutorial that shows how you can use the MaterialX specification to export and import shaders between Autodesk Maya and Side FX Houdini. The tutorial also covers how you can set up more advanced shading networks using procedural techniques both within Houdini and Maya.

Material X is an open standard for the transfer of materials between applications and renderers. The standard originated at Lucasfilm in 2012. Since then, Material X has been used by Industrial Light & Magic in feature films such as Star Wars: The Force Awakens and Rogue One: A Star Wars Story, and by ILMxLAB in real-time experiences such as Trials On Tatooine. 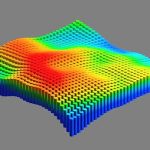 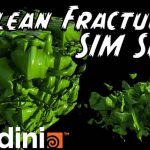 A Walkthrough of How to Create a Refractive Portrait With Arnold

Get to Know Arnold’s aiRgb Ramp