Mobox Graphics shows how displacement works in After Effects and how you might be using it wrong.

Displacement is a useful technique in Adobe After Effects. Using a map, you can push 2D layers into 3D space. The thing is, it might seem to work a little bit differently than other image maps, from those who have never worked in a 3D application before.

Black and White, On and Off.

Typically image work involves black, white, and greyscale. More times than not, black is no effect, while white is the most affected. This is true of most things in computer graphics, other than displacement.

Mobox Graphics Mike Ridolfi shows some practical examples of how maps work with the displacement effect in Adobe After Effects. If you’ve worked with a 3D application, then this should be familiar.

“Additionally, we cover a few really useful methods for Displacement Maps such as using a video as a displacement map for a flag wave and creating your own 2.5d animation with a 2D face image,” Ridolfi mentions. 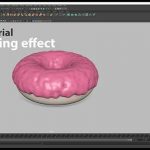 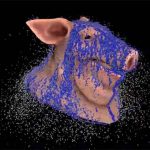 Learn Color-Managed Workflows for After Effects