How to Create a Look At Constraint in Cavalry

Chris Hardcastle shows how to create a look at constraint in Cavalry with a few clicks.

A couple of posts ago,  Chetal Gazdar showed how you could make an aim or a look at constraint in After Effects. No surprise, it was a tutorial that used a few lines of expressions, some trigonometry, and a couple of other tricks. All because Ae doesn’t have built-in tools for animators like constraints. While Gazdar’s solution is elegant and all things considered, simple, other apps make it easier. Check out how you can create a look at constraint in Cavalry, for instance.

The scene group’s Cavalry is ground-up new for motion design and animation work. So, of course, it would have built-in constraints, among other much sought after tools for professionals. Chris Hardcastle walks through how easy it is to make one object always point, or look at another, using what I like to call a “real Null,” too.

Cavalry is designed from the ground up to be a modern motion graphics tool for the challenges of today’s work. The app is to be a super-responsive application for 2D animation while incorporating advanced tools that artists already use in other workflows but are laughably missing in Adobe After Effects (barring shelling out premiums to third parties for scripts, presets, and extensions).

It’s pretty easy. Visit the Scene Group and join in on the beta. You can also find more information on the public beta here. The Cavalry Public Beta release is free, and it’s available for macOS and Windows.

Then have a look at some of the getting started tutorials and documentation to help get you going. 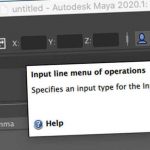 How to Do Per-Character Type Animation in Cavalry

Working With the New Tags Feature in Cavalry