How to Create a Procedural Maze With Houdini

Junichiro Horikawa shows how you can create a procedural maze in Houdini using a dungeon generation algorithm.

A new tutorial from procedural master Junichiro Horikawa shows how you can create a maze with Houdini. The tutorial dives into using Bob Nystrom’s dungeon generation algorithm. The algorithm creates passageways and nonoverlapping rooms with code.

Junichiro used a “Randomized Depth-First Search” (which is a subset of Graph-traversal based algorithms) to create a maze once using Houdini. The Dungeon algorithm is a bit different in that it focuses on hallways and rooms that are all “walkable” as if used in roguelike games. Junichiro admits it’s a long tutorial this time. “It is indeed insanely long video since multiple algorithms been used for this one, but I found this process super interesting.”

The workbook has twentyone various exercises with two solutions for each. The book allows you to explore multiple possibilities in the procedural modeling process.

Born in Tokyo / Japan. MSc in Meiji University. March in Columbia University AAD. Worked in Noiz Architects for 4 years and working as a freelance right now, mostly in the architectural / IT field. Junichiro Horikawa works with algorithmic and parametric design in architecture. He takes an interest in VR, AR, Games, and other media. Mostly interested in crossing those two fields together to create a better design system. 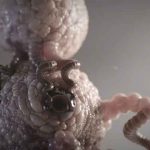 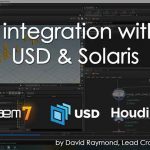