How to Create In-Camera DOF With Sketch and Toon

You and Me Academy show how you can create in-camera DOF with Redshift in C4D.

With most production pipelines, things like DOF typically happen in the composite. It’s quicker and more efficient. Still, there are times when you want an in-camera DOF or right in the 3D render. That’s easy unless you are using sketch and toon in Cinema 4D.

The Problem With Sketch and Toon.

DOF doesn’t immediately work with the toon effect in Cinema 4D. The reason is that sketch and toon is a post rendering effect. That is to say, it happens after the rendering is complete.

A new tutorial from Joe Lawrence (The You and Me Academy), shows his results from a bit of research into how to get it done. The solution isn’t perfect, but it is a simple two-step process but yields quick and real-time results. The first step is to generate a black and white pass for the scene. The second is to use that b/w pass as a projection. This way, the toon lines are no longer a post-rendering process.

The tutorial covers working with Redshift, but you can use the technique with any renderer you choose. 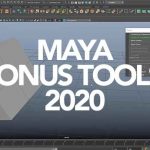 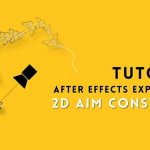 An Easy Way to Apply Labels With Octane & C4D