Topogun is Back, and It’s Looking Great

Topology tool Topogun 3 is coming, have a look at this sneak peek.

Re-topology is super crucial for today’s workflow, taking down scanned and sculpted meshes into a more useable count, and making production read models of them. Today there are some pretty good ones in Blender, Maya, etc. but just a few years ago, there wasn’t a lot of choice on topology tools. Topogun was one of them that offered a lot of features for model makers big and small. Now check out this quick look at what’s coming in Topogun 3.

It’s been a while since we’ve seen a release of Topogun, in fact, version 2 was several years ago. Now the team has embarked on rethinking the stand-alone resurfacing and maps baking application into something new.

Topogun 3 will sport a brand new interface, a new way of doing things, and some pretty impressive new features too.

What’s in Store for Topogun 3.

The new version supports floating interface panels, where you can tear off the ones that you want to keep close at hand while working. The app also works in fullscreen mode, allowing users to de-clutter the workspace with a tab key toggle.

The workspace also has orthographic views, letting users snap back between perspective, top, front, and side views.

Also on deck is the ability to work with multiple reference meshes. This will become a huge advantage for users. A new contextual toolbar adds a quick way to see information about selections and tools, and a scene view breaks down everything that’s in your document.

Another great addition is the new pie menu system. You can quickly access features and tools under your cursor in Topogrun 3. Finally, the latest version will offer a much more streamlined and straightforward licensing system.

It looks like work on Topogun is really coming along! 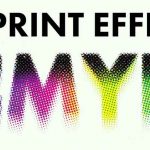 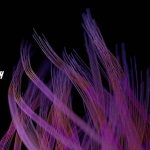