In case you missed it, Blue Fox Creation has a series that shows how to recreate motion graphics setups in Blender that mimic some of Maxon Cinema 4D features and tools. The latest tutorial shows how to recreate C4D’s Target Effector using Blender and Animation Nodes. Blender had some motion graphics features before 2.8, and the recent addition of Animation Nodes expanded those features to include procedural animation.

Animation Nodes is a visual scripting system designed for creating motion graphics in Blender. Like most Mograph tools, it allows you to create instances and animations procedurally. Created by Jacques Lucke, Animation Nodes is now part of the Blender team. Jacques Lucke is not only working on Animation nodes but a larger project called “Everything Nodes.” The project hopes to make Blender’s animation, particles, and modeling toolset much more powerful. 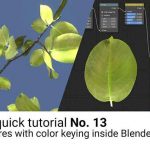 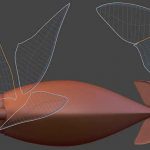 How to Prepare Image Textures With Blender Compositor

How to use View Layers in Blender 2.8