How to create a Camera Projection in Nuke

Ludovic Iochem shows how you can transform a matte painting in Nuke using a camera projection technique.

When it comes to creating simple camera moves in compositing, one popular technique is the camera map or camera projection. It allows you to get a realistic result without having to build an entire scene with 3D objects. Sometimes it’s even called a 2.5D technique.

Check out this tutorial from Ludovic Iochem that shows how you can create a basic camera projection setup in Nuke, to add depth and life to a flat matte painting.

Ludovic Iochem is a veteran of the Visual Effects Industry with 15 years under his belt. Ludovic has some high-end Visual Effects Studios to his name, such as DNEG, MPC, Framestore, RodeoFX. ​His Artist and Supervisor credits count more than 40 films, including BOND: Quantum of Solace, Bourne Ultimatum, Dredd, Thor: The Dark World, Les Miserables, Exodus, Terminator Genisys, Tree of Life, The Last Airbender, Resident Evil, Stardust, Total Recall or Hellboy 2. Ludovic also worked as a Digital Matte Painting and Environments Supervisor, Head of Environments at Framestore, Head of Digital Matte Painting at DNEG London, and now is Head of CG, still at DNEG London. 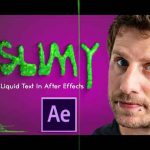 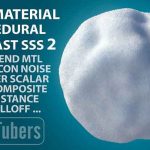 A Beginner’s Guide to Rotoscoping With Nuke

Working With Light Path Expressions in Maya and Nuke