Node-based compositing has some apparent advantages over layer-based workflows. Yet, as with everything, the more involved your scene gets, the more critical management becomes. That is true of all workflows, no matter the host app. Kicking off his new Compositing Y-Z series, han cao offers what he calls an ultimate guide to Nuke script organization.

Poor script organization makes it hard to understand a scene, make changes, or to apply the same look to other shots. As the script gets bigger, it can be a huge problem. Cao’s tutorial shows the best way for you to organize a script so you can composite faster and cleaner than ever before.

Han Cao is a Technical Compositor who loves to use and make fun tools in Foundry Nuke. 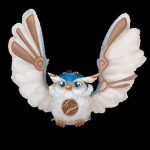 How to Rig a Wing Using Spine Previous
How to Build a Python Effector to Create a Hexagon Display... Next 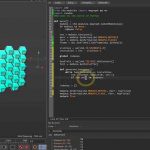 Working With Light Path Expressions in Maya and Nuke

Check Out This Beginner’s Guide to Nuke