How to Create the Look of a Brushstroke in After Effects

Michael Tierney shows a way to get the look of a brushstroke in After Effects that includes animation.

A new tutorial from Michael Tierney covers a little more than just animating a stroke. It also focuses on creating the look of a brushstroke from scratch in After Effects. The technique gives the appearance of a brush in Ae, including the standardized write-on animation effect.’

Creating the Look of a Brushstroke.

Touted as a tutorial for new After Effects users, Tierney shows how to create and animate a stroke effect using a path and masks. Interestingly, the Tierney shows how you can make the path take on a brush look by creating the effect from scratch using fractal noise and the echo effect in Ae. 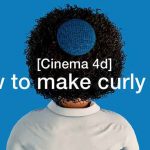 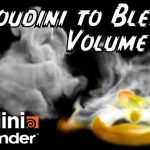 How to Animate a Flying Bird With Path Keyframes in Ae

How to Create Wireframe Renders With Ae and C4D Lite

Color Management Basics and After Effects

A Beginner’s Guide to After Effects Text Animators