Working With the Voxel Remesher Modifier to Rig Characters

Remington Markham shows how you can use the voxel remesher modifier for rigging in Blender.

Voxel remeshing is a tool that’s been in Blender for a while, as a sculpting tool. But in Blender 2.83, the voxel remesher is also a modifier, and Remington Markham (SouthernShotty) feels that not enough people are talking about its usefulness.

A new tutorial from Markham shows one use for the new re-meshing modifier, and that is rigging. The modifier will allow you to remesh objects in a scene, live. Of course, there are some drawbacks to working with rigging this way. Most notably, the workflow limits how you can texture your characters. Nonetheless, the technique offers some neat-looking style to character animation.

Remington Markham is a motion designer and Blender user who shares many tutorials through his Youtube channel and Patreon. 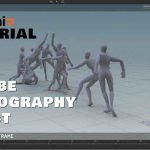 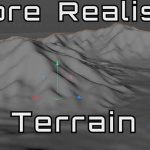 How to Prepare Image Textures With Blender Compositor