How to Create a Stop Motion Style With Blender

Remington Markham shows how he gets a stop motion style animation in 3D.

We’ve likely all seen the unmistakable stop motion look, especially when its claymation. The surface of the clay changes from frame to frame and the animation framerate confines itself to well below 24fps. You can mimic this style in a 3D app! Check out this new tutorial from Remington Markham (SouthernShotty) that covers two of the critical visual attributes of the form, textures, and animation.

Markam breaks down how to create textures for that claymation look, creating shaders in Blender. The shader captures the look of a material made of clay. The tutorial also covers how to repeat the finger-pitted animation throughout the animation.

Animating to the Stop Motion Style.

The second part of the tutorial covers a lot of tips for how to animate characters, so they look like they are in the claymation style. That includes how best to work with a limited frame rate in Blender, without using interpolated keyframes.

Remington Markham is a motion designer and Blender user who shares a lot of tutorials through his Youtube channel and Patreon. 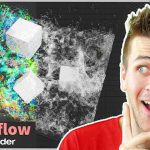 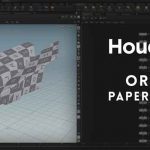 4 Ways to Create DOF in Blender

How to Build Any City in Blender Easily

How to Create Splash Animations With Mantaflow