Toke Stuart Jepsen shares his Shell Modifier compound that creates a shell from any mesh.

Bifrost Compounds are a great way to extend workflows without getting too involved with experimenting and connecting nodes. While there are a few excellent compounds out there, having more available isn’t a bad thing. A new post from Toke Stuart Jepsen covers working with his Shell Modifier compound created entirely in Maya Bifrost.

Once you look at any app with a shell modifier, you immediately see its potential in a workflow. While Maya doesn’t have a Shell Modifier per se, there are a few attempts to bringing a similar tool to Maya’s Modeling toolset.

A new effort sees Bifrost employed for the task. The Shell Modifier Compound (available here) makes a shell out of any mesh, independent of topology. While its creator admittedly “just dipped his toes in Bifrost,” he mentions that he’s used the compound in production so it might also be useful to others. 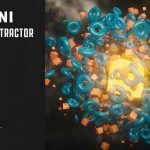 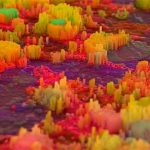 How to Create Procedural Ripple Animation With Bifrost

How to Make Custom HDR Skies With Bifrost and Arnold