Flat Characters in Maya, How to Rig the Body

James Crossley shows how to rig the body for flat character design in Maya.

A new tutorial from James Crossley covers how to approach rigging flat characters in Autodesk Maya. Crossley shows how to rig the body of a flat character using joints and controls. For the most part, rigging is the same as with 3D characters, albeit on a more superficial level.

James covers creating joints, breaking the hierarchy to remove the bones, and creating a new order using curve controls. The tutorial also covers some tricks for setting up controls to show and hide animatable controllers in the rig.

Crossley is building a series of tutorials that cover 2D characters, rigging, and animation. One of the benefits is having access to Maya’s animation and rigging toolset, not to mention the sheer speed of a 3D viewport. Make sure to check out the little animation test at the end of the tutorial, such an excellent range of expressions from such a simple setup. 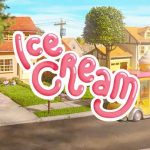 Ice Cream Previous
How to Create a Generative Art Soft bodies Animation... Next 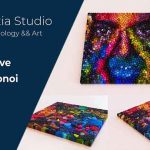 How to Use Photogrammetry to Improve Your 3D Modeling

How to Create Realistic Neon With Maya and V-Ray

How to Manually Create Trim Sheets With Maya and Photoshop

How to Pick Accurate Colors in Maya