Mimicking a Modifier Stack in Maya for Modeling

3dWithAnAccent shows how you can level-up a non-destructive modeling workflow.

Anyone who’s modeled in 3ds Max inevitably ends up coveting the modifier stack. Since then, a few DCCs have picked up that type of workflow, including Blender and its modifiers. While Maya has nothing even close to similar, you can effectively create a better non-destructive workflow that kind of feels like stacking deformers. Check out this straightforward and nearly magical trick offered up by the 3dWithAnAccent channel.

In and Out Mesh.

Alex shows how you can set up a non-destructive workflow that feels like stacking deformers in other apps. The trick is to connect two shape nodes by in/out mesh attributes.

This method can preview a mesh with few deformers stacked on the top, not losing the ability to work on the base mesh. This is useful for retopology or to create a shell, or solidify, a modifier to add thickness to out models, among other things. 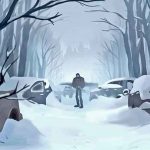 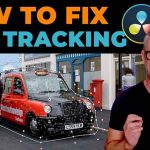 How to Script a Simple Shell Modifier in Maya

How to Find Intersecting Geometry With Bifrost

How to Switch From Maya Script Editor to PyCharm

How to Manage Maya Keyframes With Python