The Best Free Way to Create the Long Shadow Effect

James Whiffin shows the advantages and drawbacks of techniques that create long shadows in After Effects.

Over the years, tons of tutorials, presets, scripts, and plugins will allow you to create a long shadow effect in After Effects. It’s one of those things that is such a widely used aesthetic, without a simple and excellent solution to create one in Afte Effects. A new tutorial from the folks at Plugin Everything breaks down some of the more popular ways to make this shadow effect to clearly see which ones work best.

Likely the easiest way is not the most effective one. Using the repeater or Echo effect can get you partway there, but it has many drawbacks. A better way is to use an effect that can grow the layer’s bounds in After Effects. In this tutorial, James uses the Minimax effect for that, plus a few others to conform the results into a shadow direction.

Of course, PLugin Everything has a plugin that’s an all in one solution for creating these types of shadow effects. Shadow Studio 2 could be the definitive plugin for creating realistic shadows in After Effects. 3D shadows are notoriously slow to render, so lots of tutorials and tools fake it. The plugin works based on the alpha channel like the regular drop shadow, but with results so gorgeous, they’ll be mistaken for 3D. 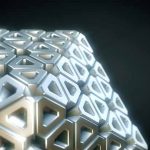 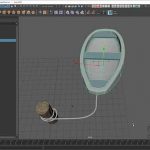 A Quick Tip for Matching Curve Velocities in After Effects

A Quick Tip to Loop Animation Perfectly in Ae

How to Animate a Flying Bird With Path Keyframes in Ae