The journey of an unmanned space probe which began on earth and came to an end 20 years later on Saturn’s rings; 1997-2017

This is a four-minute animated film based on the Cassini-Huygens space probe mission. The impetus for the short began in 2017 when I was weirdly touched by the news that the probe had run out of time after 20 years in space and was programmed to commit suicide by dive-bombing into Saturn’s rings. For an unthinking mechanical object to create the level of emotion it did, it really gave me pause. So I began haphazardly researching the mission in NASA’s public archives and then making sketches and notes.

When the covid-19 pandemic reached new york last year I (obviously) was suddenly isolated alone in my apartment, and it seemed like an opportune time to start production finally on this short about a little craft alone in space for two decades.

Even though it’s based on true events, it’s really more of a spiritual film about the Cassini. I moved the facts around based on where my personal true north was pointing and what excited me as I read through the research. 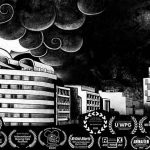 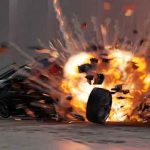