How to Simulate Egg White and Yolk in Houdini

Chetal Gazdar shows how to use FLIP Fluids in Houdini to simulate a raw egg.

FLIP simulations offer some advantages over other methods. In Side FX Houdini (and other DCC’s), a FLIP solver is a hybrid between particles and volumes. It’s generally lighter calculations per frame, making it an ideal solution for many of the simulation work needed for fluids.

Check out this new tutorial from Chetal Gazdar, who shows how to create a raw egg, including egg white and yolk in Houdini, using the FLIP solver.

The tutorial uses the Karma render engine to get a realistic look on the final animation. 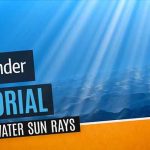 How to Set Up Underwater Sun Rays With Fake Caustics... Previous
How to Cut Blender Objects Using a Particle Simulation Next 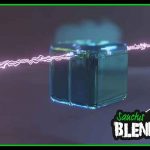 How You Can Control Normals With a Transform SOP

How to Mix Bullet Dynamics and Keyframes in Houdini