How to Cut Blender Objects Using a Particle Simulation

Santiago Pereira shows how you can use a particle simulation in Blender to cut objects in half.

A new tutorial series from Santiago Pereira (Sanctus) opens more experimentations with Blender. The Lab series shows off some findings pushing the limits and just general playing around in 3D. The first in the series looks at creating a particle simulation that can cut objects in half.

The tutorial shows how to male the simulation, particles, and objects so that a 3D object can bifurcate once it hits a laser beam of particles.

Pereira also once offered a visualization tool that lets Blender users quickly see what’s happening with your images right in the Blender viewport. 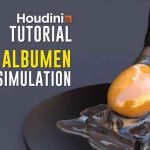 How to Simulate Egg White and Yolk in Houdini Previous
MJCG Compounds Updates With L-Systems, Ivy Generators,... Next 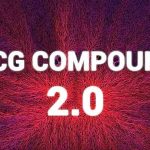 How to Animate Shuffling Cards in Blender

Fast and Dynamic Footprints in the Snow in Blender

How to Create a Procedural Leather Shader With Blender