Some Strategies for Animating Gradients in After Effects

Evan Abrams offers a few techniques to help in animating gradients in After Effects.

It sounds like a simple thing – animating a gradient in Ae; however, it does get a bit more involved if you want it to loop. This tutorial from Evan Abrams shows a couple of methods (well, one really) that you could use to animate a gradient effect in Adobe After Effects.

If you think of Colorama right off the bat, you would be correct. “If you’re working with files from illustrator, even with complex gradients, I’ll show you how to break them down into after effects and modify them procedurally.” Evan says. “This kind of control will let you seamlessly blend in and out of branded lockups and create some wildly creative effects.” 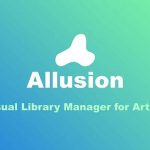 Allusion is a New Free Way to Manage Your Reference Library Previous
How Shadow Hinting Lets You Accurately Place Things in... Next 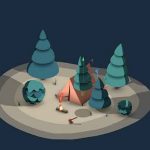 How to Reduce and Collect Project Files in After Effects