How to Create a Bubble Deformer in Cinema 4D

Athanasios Pozantzis shows how to replicate a Houdini bubble deformer in C4D.

A little while ago, the team at Entagma offered a Houdini Tutorial hosted by Simon Fiedler. That tutorial showed how to make a bubble deformer.

Now Athanasios Pozantzis shows how you can replicate that effect inside Maxon Cinema 4D by using the Target Effector while in Deformer mode.

Pozantzis also shows a method of creating mesh self-collision avoidance using a Fog volume and a Smoothing Deformer. You’ll be surprised how simple yet effective it is. 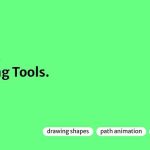 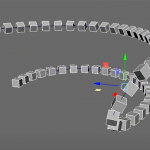