More on Creating and Animating Gradients in Ae

Creative Dojo shows some tips for creating those smooth gradient animations in After Effects.

This new tutorial from VinhSon Nguyen (Creative Dojo) looks into creating those popular gradient animations in After Effects, expanding on simply using the gradient ramp effect.

“We’ll be utilizing a few techniques to create more organic and abstract gradients and look at some ways to animate them. Don’t just slap on a 4-color gradient effect, and we can do better!” VinhSon says.

Gradients are getting so popular that the topic is covered quite often by tutorial authors. Evan Abrams offers a few techniques to help in animating gradients in After Effects. Another tutorial from Nick Greenawalt shows an alternative to the standard gradient ramps in After Effects. 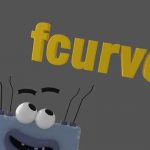 Everything You Want to Know About Bifrost's Evaluate... Previous
Free Plugin Converts All Identical Objects to Instances... Next 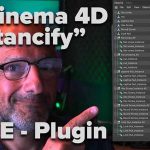