A Practical Use Case for Cavalry Layout Shape

Calvary’s Layout Shape feature allows you to build dynamic layout relationships between elements in the motion graphics powerhouse app. Layout Shape lets you quickly set up grids and other design layouts. This new tutorial from the Scene Group’s Chris Hardcastle shows an efficient use for the Layout Shape.

“In this example, we walk through how to set up some App Store badges so that, as their widths change, they remain evenly spaced and center-aligned as part of the design.” Hardcastle mentions.

Cavalry now has a built in physics simulator…🙌. Introducing Forge Dynamics.
If you’re a Pro subscriber download the beta from your account area and check it out now. #cavalryapp #motiondesign #motiongraphics #animation #design #motion #dynamics pic.twitter.com/QaOm9B1dkj 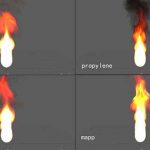 A Visual Guide to Maya Bifrost Fuel Types Previous
Tips and Tricks for Creating and Orienting Joints in... Next 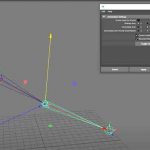