Ilir Beqiri shows a way to work with data on a single multiline text layer in Ae.

Ilir Beqiri says that you have likely created a data-based project in After Effects if you are a Motion Designer, and that is likely true. His example shows a weather-based map in After Effects that displays the various temperatures against the map. An interesting thing about his model is that all of the type (derived from data) exists on a single multiline text layer.

“In this tutorial, I try to explain what any serious motion designer should know when working on projects with multiple external text data in After Effects.” The process uses expressions in After Effects to work smarter. “No need to fill your Comp with endless layers of text.”

Beqiri shows how to keep all your data written in a single multiline text and use one Shape Layer’s Groups to position them around. The demonstration offers two examples, but the possibilities cover a wide range of applications.

Ilir Beqiri is a Motion designer living and working in Tirana, Albania. 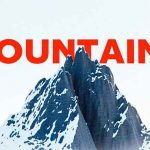 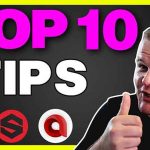