How to Create Stylized Smoke Trails With Wave Warp in Ae

Creative Dojo shows how you can create stylized smoke and other effects using Wave Warp.

As with many things in life, sometimes the best solution is the simplest one, and this new After Effects tutorial from VinhSon Nguyen (Creative Dojo) puts that into practice.

The tutorial shows how to create a stylized smoke effect, and animation using the standard Wave Warp effect in Adobe After Effects. “This is a great and easy way to create stylized smoke trails, smoke, hair, and other wavy goodness.”

Check out some other tutorials that show similar techniques, like this one from Jacob Richardson, who covers using Ae’s stroke effects and tapered strokes as a starting point for the dust trails and rocket fire effects.

There is also this one from FlowTuts that shows how to create a wake effect that uses wave warp and then deforming the shape into something more tapered.

Also of note is this tutorial from Cris Zachary that shows us how to use the classic wave warp effect to help animate wavy hair. 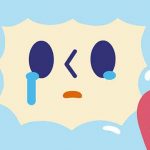 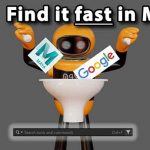 How to Better Animate Type Using Offset in After Effects

How to Get Started Planar Tracking With Mocha in After Effects

How to Remap Values With the Linear Function in After Effects