How to Pre-Bake Destruction in Houdini for Unreal Engine

Simon Verstraete shows how you can make a destructible asset in Houdini for Unreal Engine.

This new tutorial from Simon Houdini (Simon Verstraete) shows how to make a pre-baked destructible asset in Side FX Houdini that you can use in Unreal Engine. Pre-baked means that you don’t need to re-simulate the asset inside a game engine, making the whole thing much more game-ready.

The tutorial shows how to build a pillar, but you could easily use any custom models and have the system still work. “The pillar gets split into two pieces, one for the destruction and one that is more static.”

The effect uses the Normal vector as velocity in the simulation; that way, you can control where the impact should be and how intense it will be.

“The last part is bringing it in Unreal 5 and showing a base for blueprints to get gameplay interaction with it.” 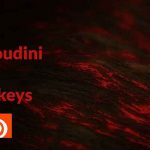 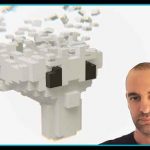