How to Make a Script that Lets Ae Interface With FFMPEG

NT Productions shows how you can use FFMPEG in tandem with Ae to render out any format.

Since After Effects got stripped of its MP4 rendering capabilities, it’s kind of become a bit of a hassle. Even with the new Media Encoder workflows, it’s not the same. Why not create your rendering workflows using this new Ae scripting tutorial from NT Productions.

NT Production’s Nathan Lovel covers how to make a script that lets you work with FFMPEG in tandem with Ae to render out MP4 or any other format you choose.

Also, If you are one of those people trying to ditch Adobe Media Encoder, you now have another alternative. Nicolas Dufresne and the Rainbox team released DuME, a free, open-source, and multi-platform media encoder that, as it happens, is also fast. 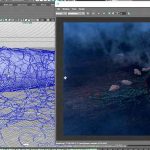 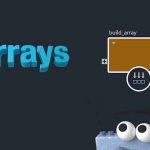 How to Convert Audio to Markers in After Effects

Have Your After Effects Scripts Interact With External JSON Files

Accessing Multiple RenderQueue Items in After Effects With ExtendScript

An Introduction to Scripting in After Effects Using ExtendScript