Jason Harmon shows ways to use the Mouse CHOP in Houdini to drive animation and more.

Most applications, even 3D ones, have many methods to accept input from varied sources. This new tutorial from Jason Harmon shows how to use Houdini’s mouse CHOP as an input to drive various types of animation.

A previous tutorial showed how to use the computer’s keyboard as an input to create impulses to drive various types of animation in Side FX Houdini.

Jason Harmon is a broadcast post-production veteran of sixteen years. Now Jason considers himself a generalist working in Houdini and Cinema 4D. 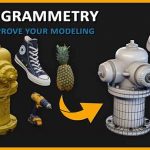 How to Use Photogrammetry to Improve Your 3D Modeling Previous
Get the Speed of Moving Objects in Maya With This Free... Next 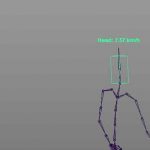