Stormz shows how to animate particles on the surface of an object in Side FX Houdini.

On seeing a Cinema 4D X-Particles effect, Stormz shows how to recreate the popular effect of having particles flow along the surface of another object in Houdini.

Stormz uses a POPs and a trails node to get the same type of look to the animation. “In this video, we go over how to move particles along the surface of objects using Houdini 19 and render using Redshift.” 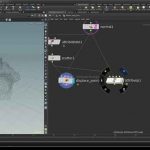 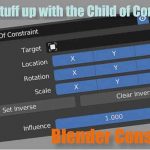 How to Create a Timer to Activate Particles in Houdini