Voxyde shows a practical method for addressing particle stepping in Side FX Houdini.

Voxyde (Ciobanu Razvan has another tutorial covering particle FX work within Side FX Houdini. Razvan shows some common cases where particle stepping might occur. The tutorial also shows how to fix stepping problems without increasing the simulation substeps, which he deems as “putting a band-aid on the problem instead of addressing the root.”

“In the first example, I go over some ways you can fix stepping by randomizing the interpolation between steps using the ID value of the points.”

Razvan also says that if all else fails, the brute force approach or custom interpolation is a way to fix the issue outside the simulation parameters. 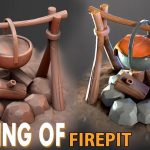 How to Make a Stylized Firepit With Maya, Zbrush, and... Previous
Free After Effects Tool Helps Draw Arcs for Animations Next 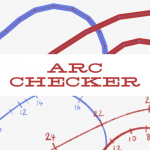 How to Morph an Object Into a UV Layout With Houdini