How to Get Cleaner 3D Scans Through Cross-Polarization

William Faucher covers cross-polarization and how it can make an effort toward better 3d scans.

This new tutorial from William Faucher shows how you can get markedly better 3D scans by using cross-polarization. One thing that’s for sure is it’s essential if you’re trying to scan an object with a very shiny/reflective surface.

“Taking a look at the renders in Unreal Engine 5, it doesn’t take long to see the vast difference between the two approaches; the cross-polarized result is FAR superior. The scans done in this tutorial were made with RealityCapture.” 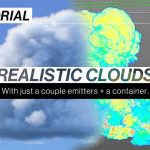 How to Create Realistic Clouds With TurbulenceFD and... Previous
Better Understanding KineFX Rotation Inheritance in Houdini Next 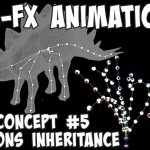 How to Scan All Sides of an Object Using RealityCapture