The FayIN plugin for After Effects offers an all-in-one tool for easy camera tracking and inserts, making it as simple as a guided 4 step process. The handy plugin allows you the opportunity to have a simple camera tracking tool that gives great results, without the need to import and export data between various software packages.

Recently ahead of the 2016 IBC show, Feyteq announced that it will be introducing new editions of FayIN. This includes a new free version, a Silver level (equal to the former fayIN version) and the newest in the line with fayIN Gold. FayIN Gold will come with a brand-new feature for exporting tracking data in After Effects. This will enable artists to better integrate 2D and 3D elements in projects.

fayteq introduces brand-new product variants of their, matchmoving plugin for Adobe® After Effects® CC, at IBC Show
With IBC Show starting this week, fayteq relaunches its matchmoving plugin fayIN® in three new editions. After the product launch in 2015 at IBC Show, the plugin was immensely developed and even optimized. Now, one year later, fayteq surprises the community with the relaunch of their Adobe® After Effects® CC plugin for easy matchmoving.

fayteq relaunches fayIN, the camera tracker for easy content integration in videos, with new product variants and features. The plugin is available for purchase in these versions:

All versions are available at www.fayteq.com/fayIN/pricing.

According to fayteq, visitors at IBC Show 2016 and CPUG SuperMeet will have an exclusive first look at the new versions of the plugin and can watch regularly live demos at the fayteq’s booth J.02 in Hall 7. The fayteq team looks forward to meeting you there. 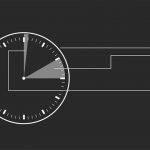 Working With Fusion Expressions, Animating a Clock Previous
Rid Your Rigs of Wasteful unitConversion Nodes Next 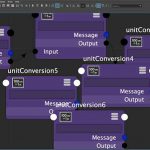 Working With FayIN Tracking in After Effects