After Effects users, you have reason to rejoice. You can now animate and warp any layer along  paths in After Effects. Of course, I’m talking about a new third party tool (not Ae native) that give you a dead easy, really accurate, and fast way to warp layers along paths.

It’s from BAO plugins, creators of other immensely useful after effects tools such as Mask Brush, Mask Avenger and Bones.

The easiest, most precise and fastest way to warp layers along paths.

Warp and Animate Layers Along Paths

If you have spent any amount of time using After Effects for motion graphics, you probably have wished for an easy way (or one at all) to move elements around the screen by drawing the path first. Perhaps you have a layer you want to animate, or an entire composition, containing many layers. Maybe you are also a Cinema 4D user who has seen the Spline Deformer, and wished that could be a thing in Ae.

New from BAO plugins is the aptly named Boa. The After Effects plugin gives you a really easy way to move, warp animate and adjust any layer or composition in Ae, against a path.

Boa lets you warp any source, and offers plenty of control to do so. Rotate and twist controls let you play with the orientation of the original source as it’s being warped along the path.

Of course you have full control over start, end and scale, so you can make easy “write-on” type of animations. Unlike the “write-on’s” that we see today, Boa actually can move the layer through the path, as if the effects were stationary.

The plugin also lets you take control over z-spacing. You can easily place overlapping parts behind and in front for a more polished look.

BAO Boa is available through aescripts + aeplugins. The plugin looks amazing, but all that amaze doesn’t come cheap. The plugin costs $69.99, likely because this is something that has been highly sought after in AE for decades, and largely ignored by team Adobe. 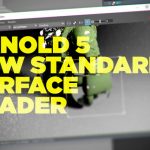 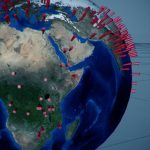