AtomKraft for After Effects Sees Release With Special Introductory Price 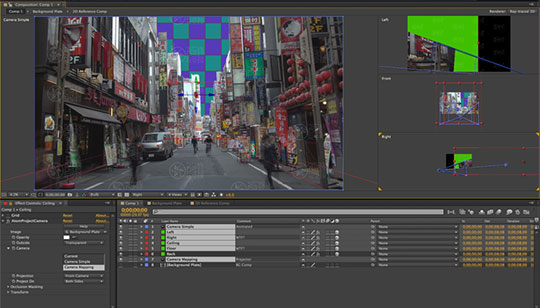 It has been long awaited, and a hard road traveled, but thanks to the great team at Jupiter Jazz, After Effects now has the ability to import 3D models directly and render with a full on renderman compliant global illumination rendering engine. AtomKraft for After Effects 1.0 has seen a release.

AtomKraft/Ae is the interactive 3D toolkit for look development, camera projection mapping, matte painting, lighting & rendering. It is available for After Effects CS5.5 and CS6 on Windows 64 and Mac OS X 64.

Not surprisingly, Jupiter Jazz is celebrating the release with a special price for AtomKraft AE, at $99.00 which is 50% off its regular price which will last until the 1.1 release that is planned for later this fall.

This is really a phenomenal price for this product which is really worth it if you only use AtomKraftAe for importing 3D models either as OBJ files or as Alembic, not to mention all the other production abilities that you will gain from adding this to you After Effects and 3D workflows, and one of the best things, is the fact that AKAE is CPU optimized and isn’t really tied to any specific GPU hardware.

Let me just say that once more for emphasis, you will be able to import ALEMBIC files into After Effects. Just sit a minute and ponder the possibilities and then compare them to the way that you are doing things right now… simple things like bringing over object positions in After Effects that need to correspond and mimic what your 3D project is doing.

If you missed my previous post taking a look at the AtomKraft for After Effect workflow and features you can check that out here.

AtomKraft is a full-blown rendering environment originally created as a suite for The Foundry’s Nuke, and now right in After Effects using the3DeLight Renderman Compliant renderer, AtomKraft offers a ton of features previously not available in After Effects anywhere.

A snippet from the press release:

AKAe brings the following features at the fingertips of every Ae compositing artist:

Originally designed for the high-end VFX market with its Nuke counterpart, AtomKraf/Ae is now the first-to-market 3D toolkit for After Effects: its deep integration in Ae allows to fully access Ae’s 3D layer aswell as pixel data from any2D layer. The 3D system of Ae is fully supported, this includes: 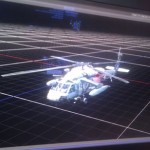 Import FBX to After Effects

First Look at AtomKraft 3D Environment for After Effects