Naughty Dog Character TD Hans Godard posts a look at a new solver for Maya that he has been working on. A Radial Basis Function solver (RBF Solver) which is a way that you can interpolate in input based on a system of defined poses.

The Radial Basis Function Solver is a way to interpolate an input in a system defined by Poses.

The RBF solver is a node in Maya offers a much faster and more efficient system than a standard pose space deformer, such as PoseDeformer. Although the results can be similar, its speed comes from the fact that the RBF Solver is not a deformer. The new solver also leaves a small footprint with a really light framework.

Using the RBF solver, each pose is described as a N-dimensional Key and a M-dimensional Value. Simply put, this means that keys and values can be anything, allowing you to power to interpolate anything.

The new RBF Solver for Maya is something that has existed for a while in larger facilities, but as far as its creator Hans Godard knows, it is the first time a tool like this has been available to everyone.

The RNF Radial Based Function Solver Can be found on the Autodesk Exchange: RBF Solver for Autodesk Maya. 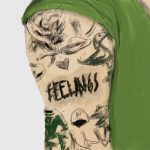 Feelings, from Nate Milton Previous
Learn How To Use IES Lights in VrayForC4D Next 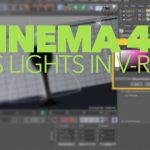 How to Change Texture Color With Maya Utility Nodes

Node Calculator: Now You Can Create Maya Networks with Math

Create a Distance and Proximity Reader in Maya