mGear Surfaces as an Open Source Rigging Framework for Maya

mGear may sound a bit familiar. You may remember it as just “Gear”, a premiere rigging framework and toolset designed specifically for Softimage. Sadly, Softimage is no longer a viable option for a lot of productions.

This is why Miquel Campos has been working on bringing the features and power of Gear to Maya as the newly released mGear.

mGear is a rigging framework for Maya that provides a set of modules, tools and C++ solvers to streamline the rigging process. mGear can be thought of as a modular rigging system, but it is much more.

The power of mGear is its ability to extend and customize its component libraries. So the same modules that are used in the modular rigging system can also be used to create and develop other tools.

You are able to use mGear to generate an infinite number of rig combinations without any programming knowledge. If you are a Technical Director, and have Python and C++ knowledge, you can easily extend the functionality of mGear and adapt it to your pipeline and needs.

mGear is Open Source and Free

mGear is being provided a free and opens source tool for anyone who had the need to create rigs or rigging in Maya. The framework is offered through GumRoad allowing you to leave a donation for the rigging framework tool, if you so desire.

Similar, But Not Quite the Same

Although mGear is similar to the Softimage toolset, it is not parallel. Some of the functions that are missing may be implemented in the future, while others will never see the light of day in mGear. Miquel notes that some things will not apply coming over to Maya’s workflow and toolset.

To learn more about mGear, Miquel Campos has a post on his site, and  there is also an FAQ including more details over at GumRoad: mGear Open Source Rigging Framework for Maya. 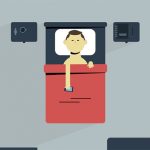 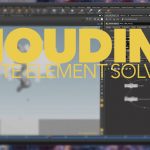