Hans Godard’s Skinning Converter for Maya Might Blow Your Mind

Naughty Dog Character TD Hans Godard posts a demonstration of a tool he created for use at Naughty Dog. The Skinning Converter is a solver for Autodesk Maya that will convert deformation animation such as blend shapes, to skinned, weighted and joint driven animation.

Sounds incredible, but have a look at the video. There are some simple and some really complex examples using the Skining Converter –some using up to 600 joints.

Hans notes that that higher the iteration, the better the result, thanks to the convergence of the solver. Hans also says that the Skinning Converter is not just something that can be used in the video game industry.

Because the tool will convert anything to skinning, that makes it a good data storage system. Hans says “Imagine a very expensive nCloth Data stored, you can divide by 10 your Data stored even using a lot of Bones and maxInfluence. The Skinning conversion is a way to store Mesh Animation at low price.”.

You may have seen similar magic from recent research White Papers, including Robust and Accurate Skeletal Rigging from Mesh Sequences. Hans has stated that the Solver was the result of 4 months of hard work. The solver is derived from existing papers on the topic, but a large part of the Skinning Converter is pretty custom.

recently, Hans created another new solver for Maya. A Radial Basis Function solver (RBF Solver) which allows you to interpolate input based on a system of defined poses. The RBF Solver is available through the Autodesk Exchange. The tool is available for Mac OS, Windows and Linux systems, and can be purchased for $199.00. More information on the RFB Solver for Maya can be found on the Autodesk Exchange. 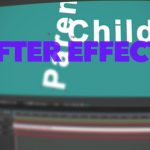 Working With the Parent Expression in After Effects Previous
A Few Quick Ways You Can Create HUD and Tech Elements... Next 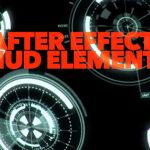 An Introduction to Proxy Skinning in Maya

Maya Has Two Ways to Export Skin Weights. Which Do You Use?