NAVIÉ, creators of Effex, which is a visual effects framework for Cinema 4D, have recently released a couple of new updates. Effex there have been a few new features between Effex 2.5 and 2.6.

One of the new features added, is a new particle operator, Follow Spline. The new POP will allow you to have particles procedurally follow a spline in C4D. The positions of the particles can be modified and will follow a spline path.

Other additions include a new Node Styling feature. Version 2.56.00 introduced a new strain constraint. This allows you to control other nodes in the system by their shear stresses. As an example, you can use the strain constraint to control the viscosity effect, simulating a non-newtonian fluids.

Effex 2.5 added new rigid body dynamics based on the popular bullet physics library. Rigid bodies can be used along side fluid simulations  and interact with the fluids in a two directions, each affecting the other.

to learn more about what is new in NAVIÉ Effex, Check out the press release and features here: Effex Physics Based Simulations for Cinema 4D.

Other additions to Effex include: 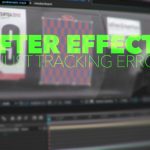 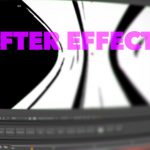 Creating and Simulating Foam & Spray in C4D With Effex 2.7