Tracking for Moving Objects in Nuke

Alacrious Media does a lot of MotorSports filming and post production work. In the process they have solved camera’s for moving objects in a scene quite often.

covers solving cameras for moving objects within scenes, and sending it to C4D for 3D integration.

A while back VFX Artist Jack Grundy offered a look at using the 2D tracking system in Nuke covering some interesting techniques including how to create both expression linked transforms and transforms with baked keyframes with the tracking data.

eosacro’s Anand Magaji had a look at using Nuke’s automated tracking and User Tracking features, and covers the basics of tracking in Nuke. 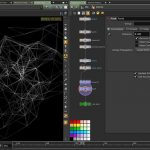 Recreate the "Plexus" Look in Side FX Houdini Previous
Neural Networks Can be Used to Solve for Monte Carlo... Next 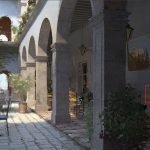 Getting Started with 2D Tracking in Nuke