Being a completely procedural application, Side FX Houdini is well adapted for things like motion graphics and user interface animation. Houdini Operators and nodes will allow you to procedurally take control over the details of many elements, with a simple system that you create.

The idea is to create a variety of User Interface and Motion Graphics elements using a combination of SOPs, Particles and CHOPs in Houdini.

A new commercial training series from Houdini Artist and long-time trainer Rohan Dalvi, will walk you through creating user interfaces using motion graphics techniques that can be used practically in any instance of your work.

The three part tutorial series shows how to create a variety of user interface and motion graphic elements using a combination of SOPs Particles, and CHOPs in Houdini.

Rohan also walks through setting up materials and compositing the final animations in After Effects.

The three part series has a total duration of 7hrs 56 mins of training and includes the .hip files used in the videos. There is a running introductory offer that will give you $10 off each part (till june 14th). After that, the price will be  $40 part-1 and $30 part-2 and 3. Check out the user interfaces and motion graphics page for more information. 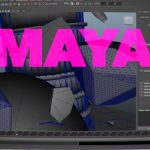 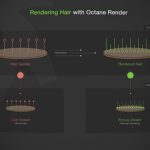