There is no denying the popularity of data visualization in motion graphics. False user interfaces always seemed to be adorned with animated data, bringing them to life. “When it comes to creating these elements you are left with two approaches: faking it vs. the real thing.” Moritz says. Entagma’s latest demonstrates the later, using publicly available airport and route data to model flight path series on a globe.

Moritz shows how to import CSV data into Houdini using it’s built-in import node. The tutorial goes on to show how to convert geographic (lat/lon) coordinates into cartesian coordinates (that’s the coordinate system Houdini uses) and finally tweaking the appearance of a flight path.

“Using these techniques you can visualize a plethora of other publicly available geographic data” Moritz mentions. Visit Entagma for the original post 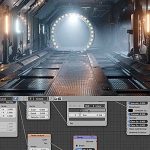 9 Things You Should Know When Working With Blender’s... Previous
Mainframe Details How MASH Was Used in Their Latest Short... Next 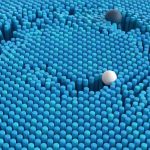