A Brief Introduction to the POP Grains Solver in Houdini

Rohan Dalvi has a look at using Houdini’s Position Based Dynamics to simulate dry or wet sand, or even basic soft-body, cloth or strands animations. Here Rohan covers the basics and the parameters for using the POP grains solver.

New in Houdini 14 is the position based dynamics solver, which can create complex and detailed simulations for sand, snow or simulate any material that is made up of macroscopic particles. Position-Based Dynamics in Houdini are multi-threaded thanks to its exclusive reliance on VEX-based operators.

Rohan shows how to set up the Grain Source, and how to manually set up POP grains rather than using the shelf. There is also a simple tip on how to create the PLEXUS effect in Houdini towards the end of the video. 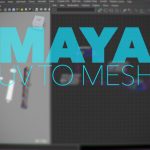 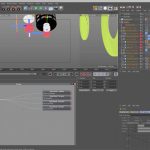 How to Use Houdini POPs for Secondary Effects

Swap Out Low Geometry for High in a Houdini Simulation

Creating a Granular Solid With Houdini 14