The Chaos Group have released an update to V-Ray which adds over a hundred new and modified features, alongside support for Maya 2016. New to V-Ray 3.12 is support for Maya 2016’s HyperShade Node Editor, adding the ability to choose V-Ray as the renderer in the material viewer. Check the V-Ray 3.1 page for a complete list of what is new and improved.

V-Ray 3.1 for Maya contains over 100 new and modified features

V-Ray 3.1 adds Quick settings, with the ability to choose from preset rendering scenarios such as outdoor or indoor lighting and rendering setups. The presets will set the renderer up for each scenario, making it a great starting point.

V-Ray adds a new light lister feature that gives you a panel showing you all the lights and their attributes that you have in your scene. This makes it especially easy to manage complex lighting all on one place, editing intensity, color, temperature, and lighting contributions and the all important sampling, or subdivisions for each light.

The latest update for V-Ray also adds tooltips to much of the interface, and new updated default render settings as well.

Other Maya 2016 specific features include nhanced Bifrost support, including rendering liquids as isosurfaces without meshing.

The V-Ray clipper makes its way over to Maya. The feature will let you “cut” your scene or models during render time, making it ideal for object cutaways and showing sections. 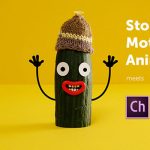 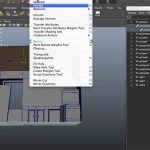