This isn’t one of those tutorials that recreates the look from a feature film …well, it is a recreation, but – A recreation that is demonstrated by one of the VFX Supervisors who worked on the actual film.

MAXDEPTH founder VFX Supervisor for Zioc Studios, Timothy Hanson walks through how the ethereal energy emanating from Loki’s scepter during the films opening sequence for the Avengers film was created. Interestingly, the effects started out with an nParticle simulation and then Krakatoa was used to refine the look and renders of the particles to produce the final effect was seen in the actual film.

This is some great stuff. Timothy walks through using Maya nParticles with dynamics, and shows the progression of how the look was achieved using the Krakatoa renderer to drastically bring up the particle count a render the effect.

Things covered in the video include

Check out the post for Avengers nParticle Techniques with Thinkbox Krakatoa over at MAXdepth. 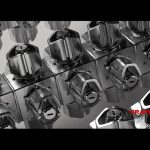 VRAYforC4D To Get Parity With Standard V-Ray Core Versions Previous
Alphabet, a Free Animated Font and Ae Project Next 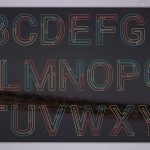 How to Place Icing on a Donut With Maya nParticles

An Easy Approach to Animating Cell Division in Maya

Make nParticles Change Color Based on the Collision Object