VRAYforC4D To Get Parity With Standard V-Ray Core Versions

If you are a C4D user, you may have felt the frustration of having V-Ray for Cinema 4D feel like it was completely out of your hands. There is a bit of truth to those feelings, with V-Ray being handled by a third party developer specifically for Cinema 4D. In the past, this has made updates to V-Ray for Cinema 4D really fall behind the V-Ray core engine from The Chaos Group.

With no other rendering alternatives in sight, this would have been fine – but with what seems to be an explosion of Cinema 4D users who have adopted Octane, this is detrimental.

Recently however LAUBLab KG, the developers for VRAYforC4D announced that V-Ray in Cinema will use the latest version of the V-Ray core from the Chaos Group. This version will be based on the newest official V-Ray core 3.25 from Chaos Group, and brings with it all the features. LAUBLab calls it “the biggest update for VRAYforC4D since v1.0.”

The numbering version has also changed to better match the release numbers of the V-Ray core. Previous versions of VRAYforC4D were called v1.9 (V-Ray 2.55). The new version will reflect the version number of V-Ray itself  with “VRAYforC4D 3.25”.

LAUBLab has also announced an open beta program for all VRAYforC4D users that will start September 2015 with a 3.25 version that runs on MAXON Cinema4d v16 and v17 versions. (final release will run from c4d v15-v17). They also note that you are able to run V-Ray version 2.55 version along side the 3.25 version, having both on your system at one time.

What will be new in VRAYforC4D

LAUBLab also gave an overview of the features that are part of the 3.25 version: 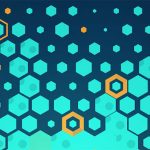 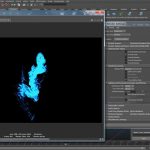 How to Create Seamless Concrete With V-Ray for C4D